In Girl Scout camp one summer, we were challenged with scaling the face of a rock wall using tethering equipment, a hope, and a dream. No safety nets. No trampoline at the bottom. No bed of Thin Mints to cushion any fall.

Being the considerate girl that I was, I politely let all of the other girls go first.

But finally, there were no other girls left. It was my turn to face my fears. Time to scale the wall. Time to put up or shut up.

I couldn’t do it.

I never earned my “Face Death on a Jagged Rock” badge.

Years later, I have still to climb a rock wall, but I did make another attempt a few years ago. Knowing that I would need to get into shape before I could start my rock-climbing training, I decided to take up the hardest cardio option I could think of: I decided to run. I used to make jokes about how I was not a runner (“I only run to the mall.” “I don’t want to dirty my tennis shoes.” “Why run and get sweaty when I can walk and stay clean?”) But I was serious about rock climbing! So, I made a plan to get into cardio shape first, then train for rock-climbing.

To train for running, I did what all new runners do–I downloaded the Couch to 5K app. The first day of running was pure torture.

But as time passed, something incredible happened. I started to enjoy running. (Please, don’t tell anyone. I am still coming to terms with it.)

I don’t run all the time, and my time per mile would not impress even a snail. But if I hadn’t failed with rock climbing all those years ago, would I have ever tried running? I think not. I had too much story built up around running. Too much ego. Too many punny jokes. I only tried running briefly in order to achieve a different goal. In the end, I still haven’t climbed anything but my own stairs at home, but I have completed a 5K.

Failure can be messy. It can haunt you. But it can also lead to new and exciting discoveries…even if it takes over 30 years. You may not earn your “Face Death on a Jagged Rock” badge, but you might just earn another life badge instead.

Now, please pass the Thin Mints. All this exercise talk is making me hungry. 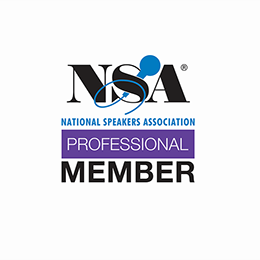